Two feet of snow did not prevent the annual Chili Hike. However, because of parking concerns the venue had to be changed. Graciously Joyce and Jim Hooper offered their place. Around 11 a.m., Joyce and Jim Hooper, Sarah and Lou Tateosian, Bob and Julie Falsetti, and Eric Ling set out to test the snow. Jim led the way along the old Bank Hill Rd. with his snow shoes. With so much light snow, they didn't do much good in forging a path. With bright sunshine and much laughter, we made our way for about a mile and half. Later, we returned to the house where Alice and Bernie Frick joined us. We sipped on hot wassail prepared by Joyce and later sat down to a  beautifully appointed table for two kinds of chili, corn bread and salad prepared by Julie. Later we enjoyed desserts made by Joyce and Sarah. 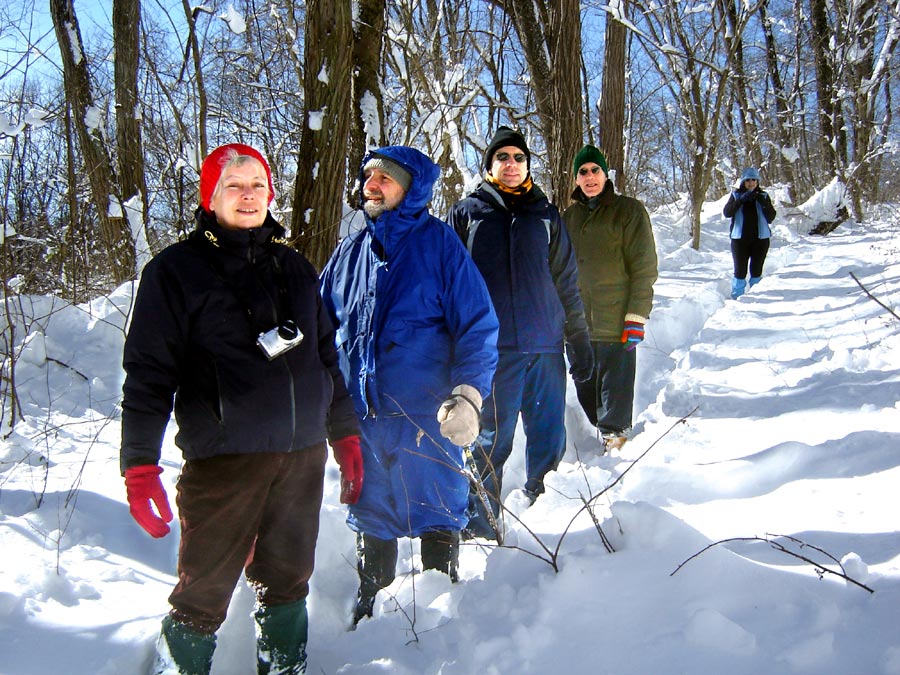 Looking for the South Pole! 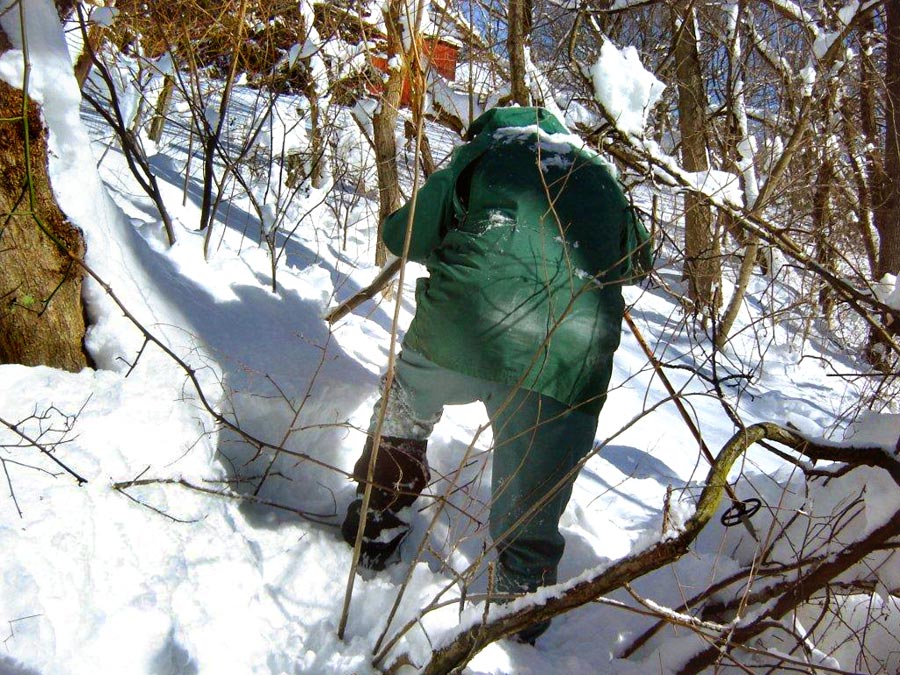 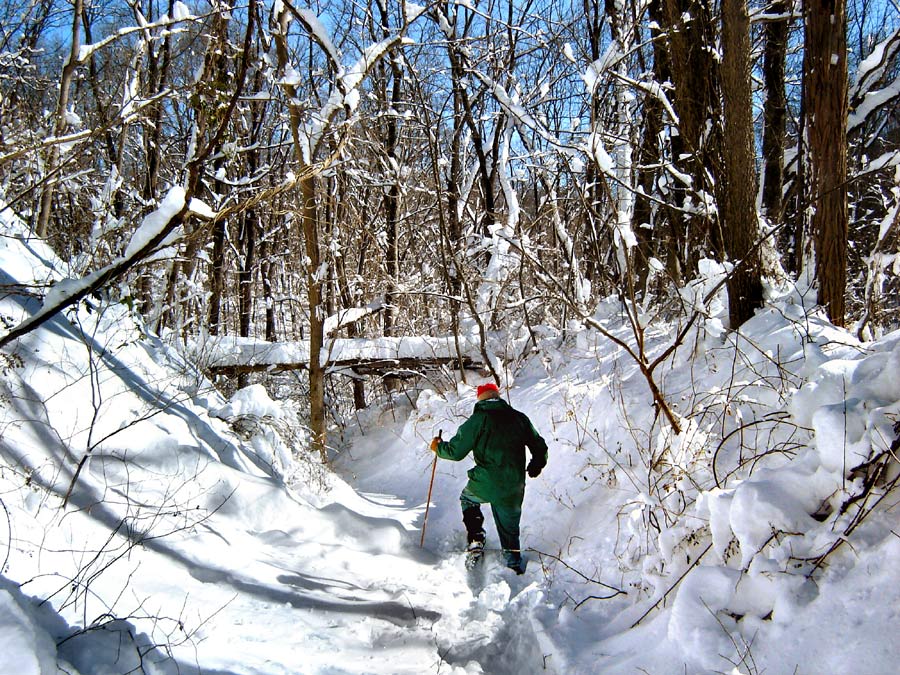 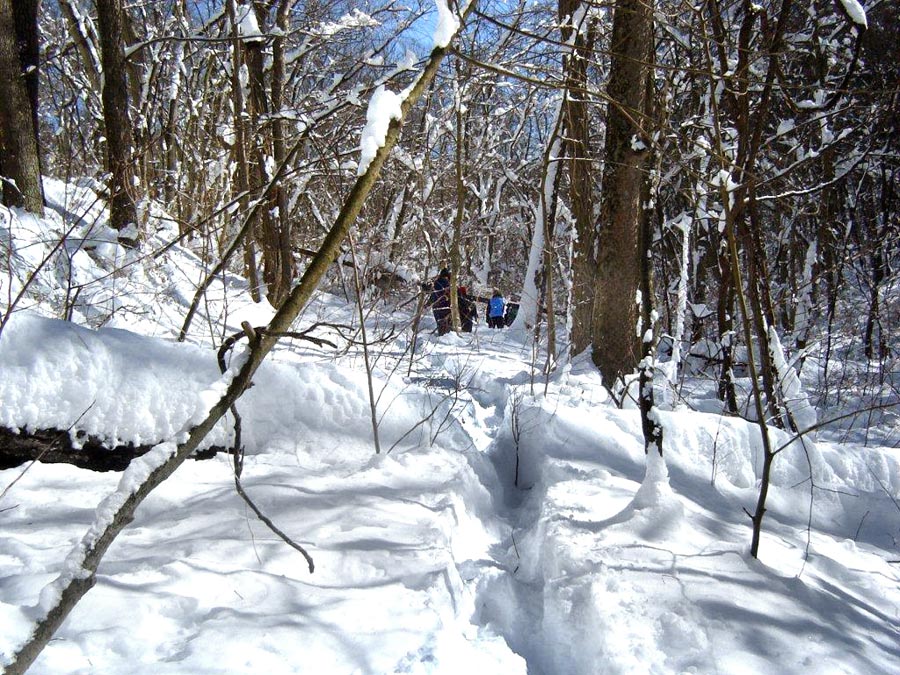 If one takes turn Braking Trail a hike of 12 miles can be done. But I think they kept it down to 3-5 miles. 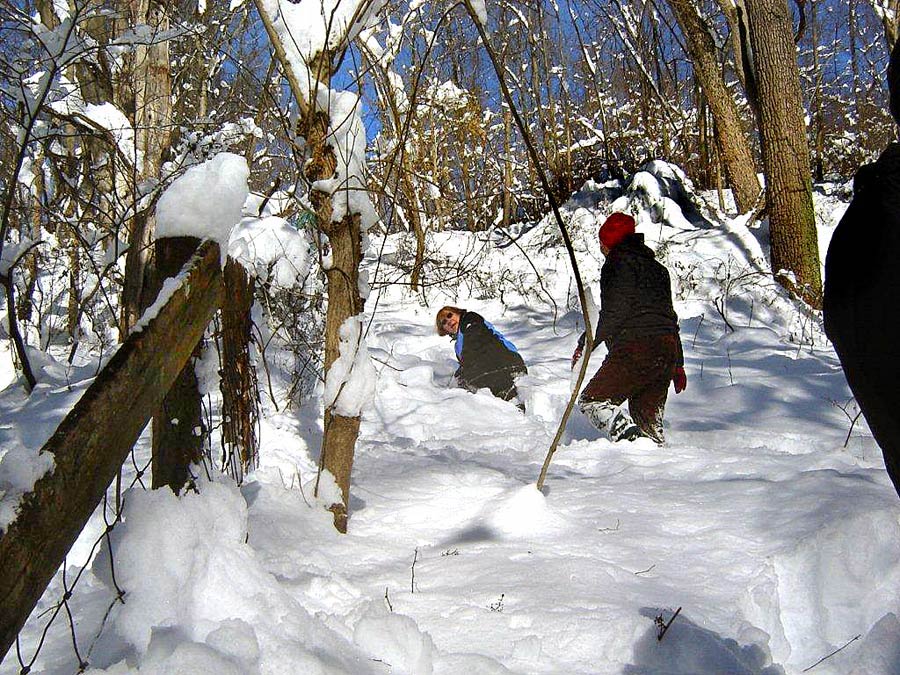 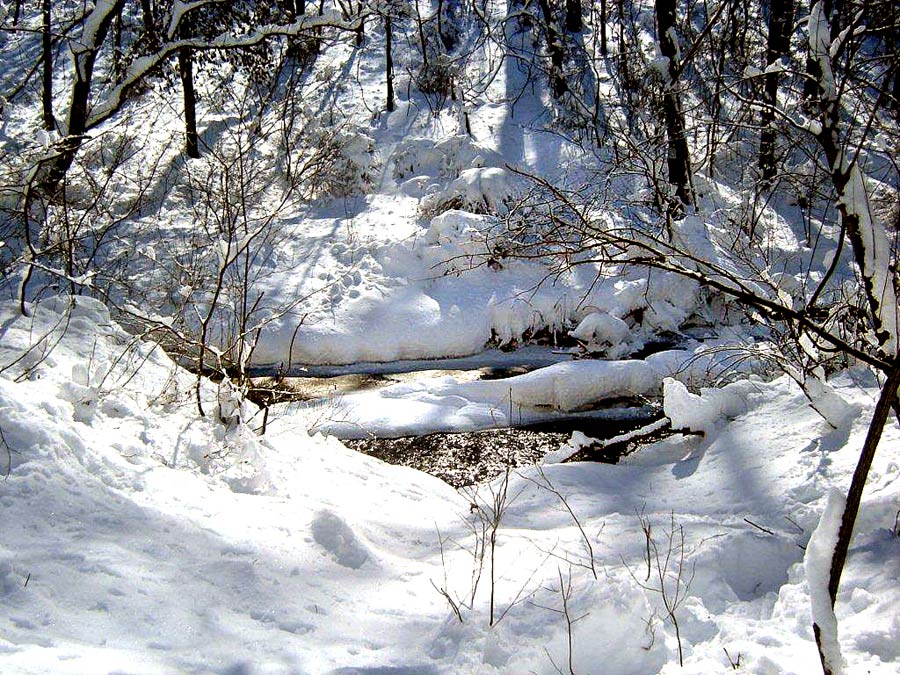 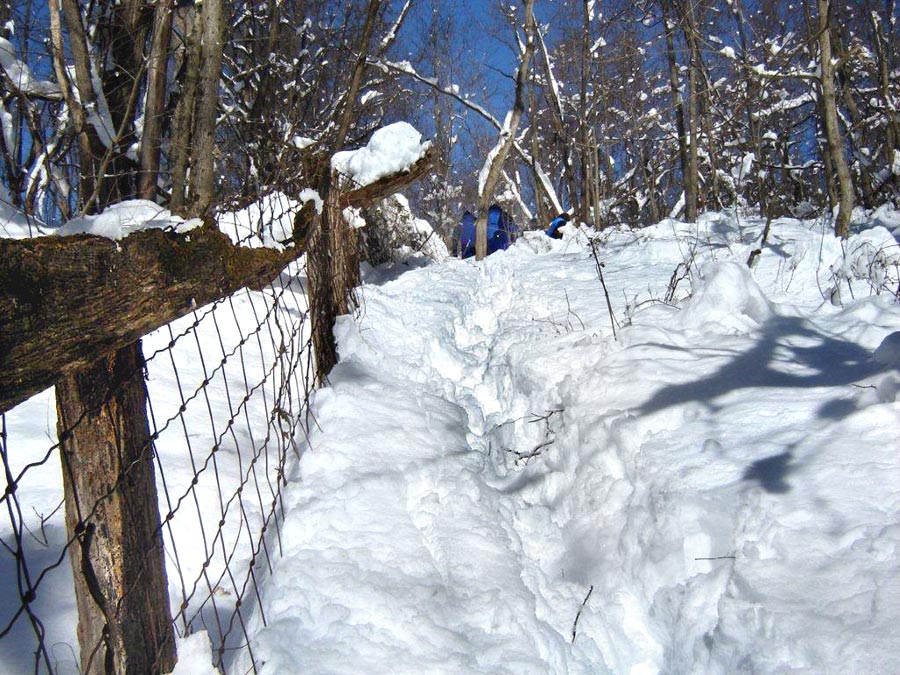 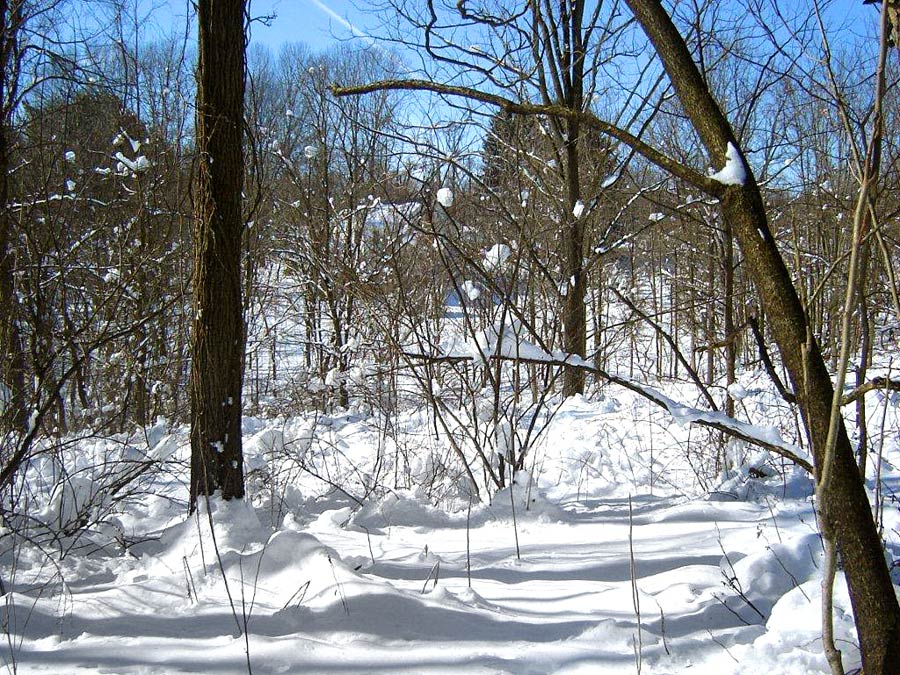 Back to the farm house for our hot Chili feast! 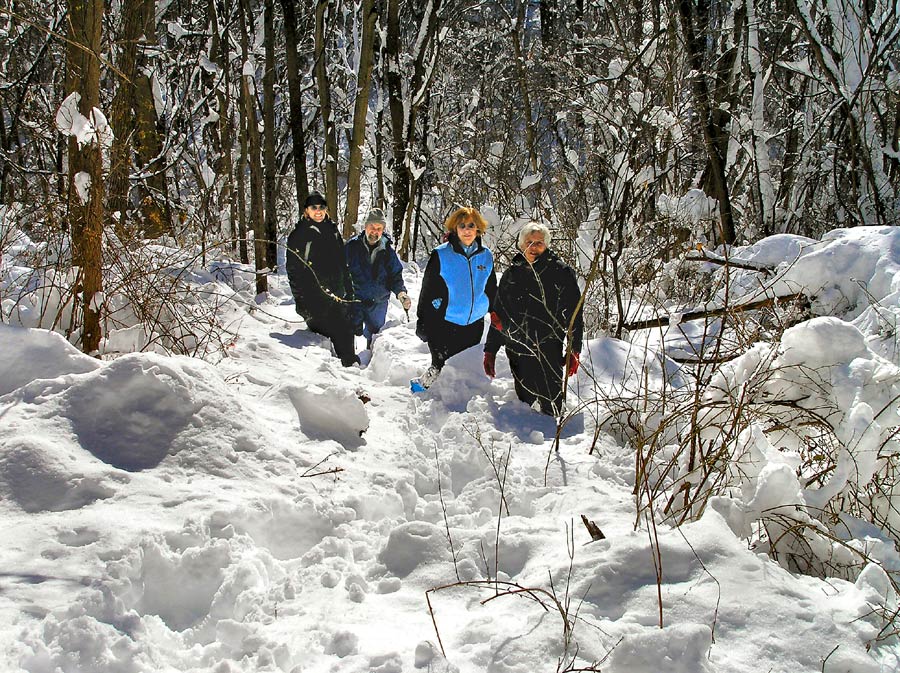 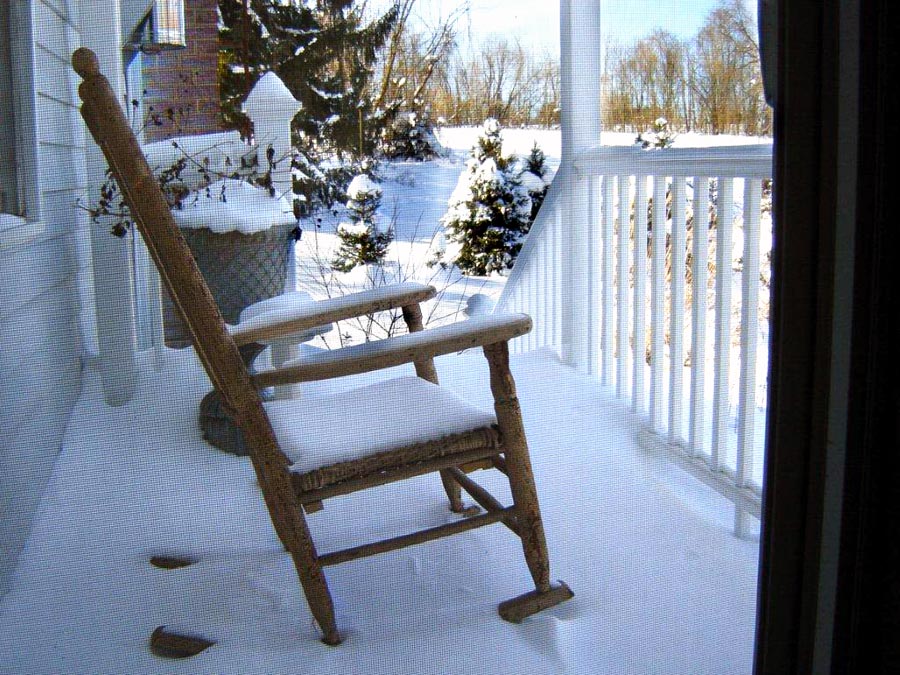 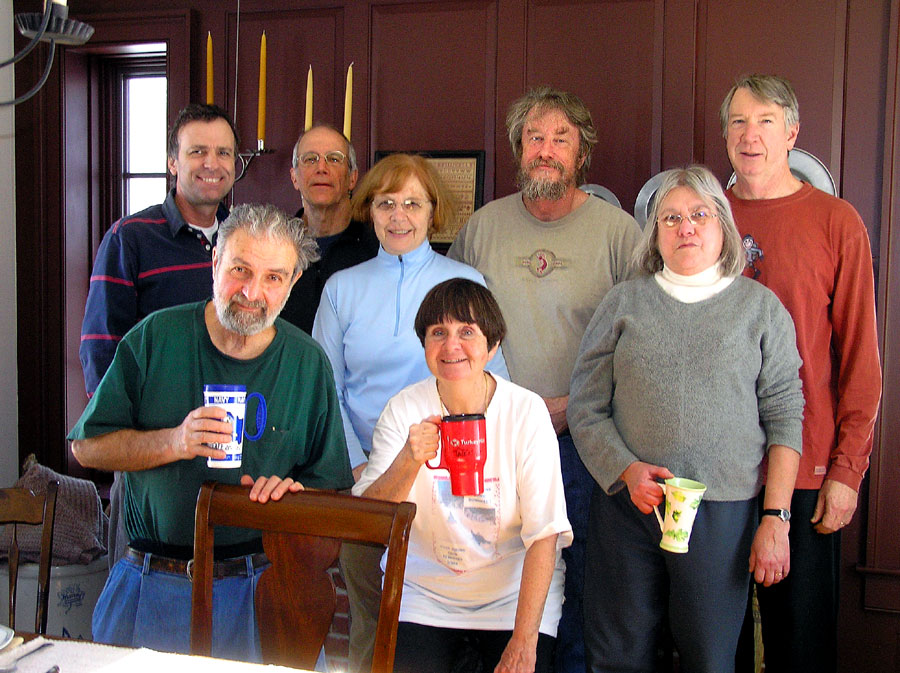 and Sarah and Lou Tateosian